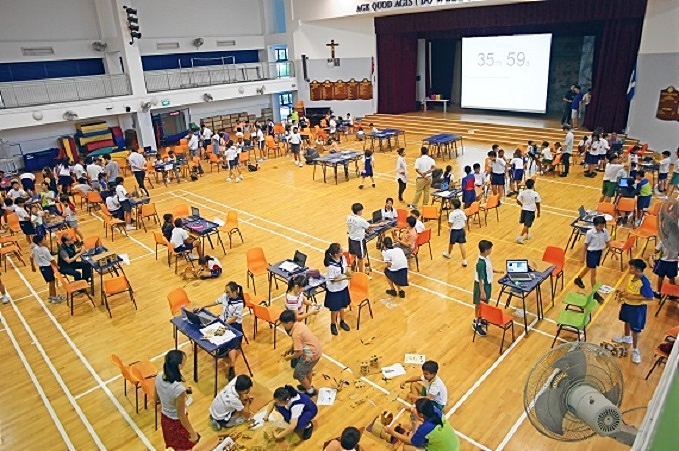 The term ‘coding’ can seem daunting at first, more for ‘techies’ and professionals than the ‘ordinary’ public. But in the afternoon of 7th September 2018, over 100 primary school students from the North 4 cluster took part in the Cluster Friendship Hackathon 2018 @Montfort Junior School, proving that all you need to get started with this essential yet fun skillset is the eagerness to learn.

The Cluster Friendship Hackathon 2018 is an event by Montfort Junior School to provide a platform where students can form groups and create digital projects based around a theme. However, this is not an ordinary competition, where schools compete against one another. Students from all participating schools were mixed into groups such that no team was made up of only students from the same school. In this way, the Hackathon fostered cross-school collaborations and friendships.

Given a theme of Smart Living to work with, students had to use cardboard blocks and shapes to conceive and construct a solution to solve a problem or improve their home or the environment that they live in. The kids were given a short course in the workings of this simple-to-use device, and set off to building their projects. “Montfort actually holds a Hackathon annually, but this is the first time that the other cluster schools have been involved. The registrations were almost full!” Vice-Principal Ng Li Yi said proudly, as she inspected some of the students’ projects while they gushed excitedly about their work. 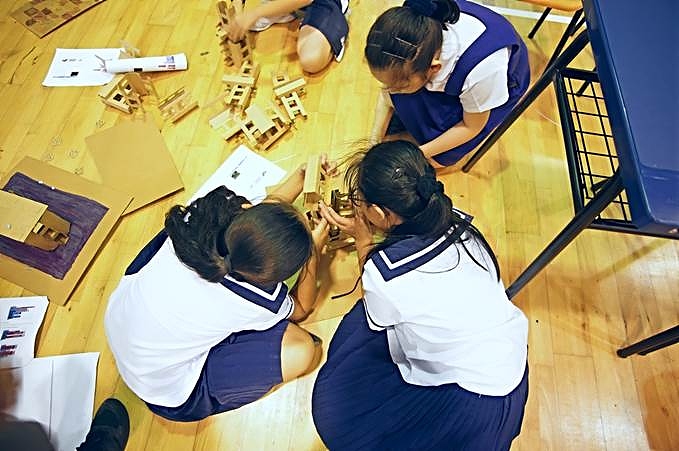 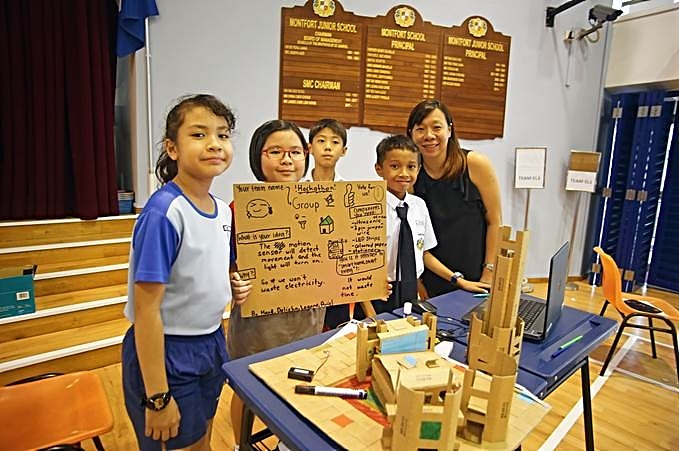 In the raucous Montfort Junior School hall where a screen displayed the remaining time the students had left for their challenge, while it seemed ‘messy’ at first glance, it was actually full of enthusiasm and creativity as students rushed to get spare LED lights, batteries, and consulted teachers if they needed help with their projects. Kids from different schools seemed to have no issues working with one another. One group of students even told the judges that they had a creative dispute during the process but were able to work out a compromise.

In this fun, creative, and fast-paced environment, students were able to not only come up with creative solutions at home such as motion sensor house alarms, chairs, and fans, but also beyond it with train signs and traffic stops. Using the array of provided materials such as LED lights and motion sensors in tandem with the micro:bit and their coding knowledge, the kids were able to be both innovative and constructive. This helped them to see coding not as a foreign language, but a practical solution to many day-to-day issues. It also lets them explore their creativity and see the appeal of digital making, instead of passive consumption and use of technology. 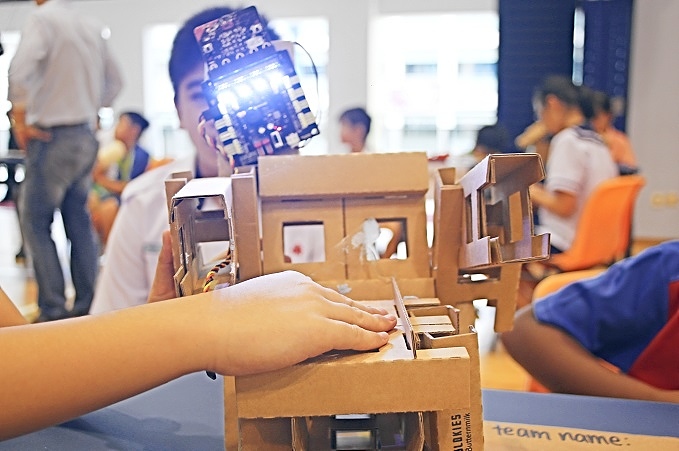 When the time hit 0:00, the Hackathon’s panel of judges went round to each of the groups to evaluate the quality of the projects. IMDA’s Manager (Digital Literacy & Participation), Mr Leonard Wong; Montfort Junior School’s Principal, Mr Wilbur Wong; and the CEO of Zenitant Pte Ltd, Mr Philip Kong formed the panel of judges. The students excitedly explained to the judges the problem they had identified and the solutions they had conceived. They also expressed how they had gone about to build their prototypes and the codes they employed in their projects. They displayed an understanding of the role coding played in their projects that impressed the judging panel as well as all the teachers and volunteers at the event. 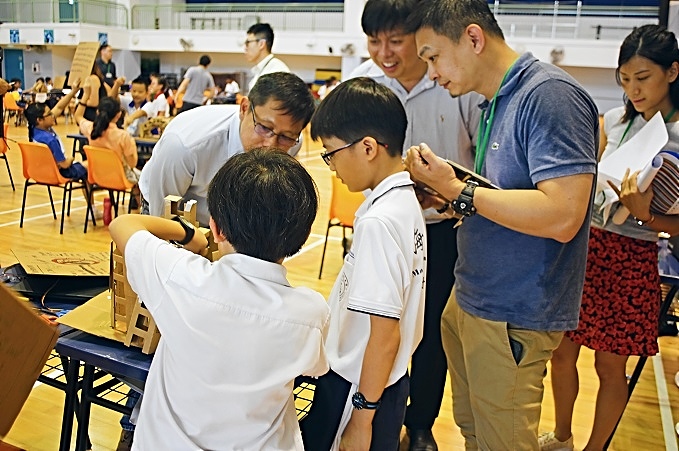 In summary, the cluster students were able to mingle with each other on a creative project, explore the basics of coding and more importantly, learn that coding is both easy to start learning, and plays a huge role in many aspects of our daily lives. Their enthusiasm was palpable and infectious, and in his closing remarks, Principal Wong remarked that he was very heartened to see the students overcome setbacks in coding, material availability and ran into many setbacks with their code or the available materials or unforeseen obstacles, but never stopped trying to find a way to bring their projects to fruition. He hoped that this positive attitude would continue to serve them well in their digital learning journey as well as other aspects of their education and lives.