Never Too Old to Code

Never Too Old to Code

While many seniors recognize the need for active aging, most choose to do it by pursuing physical activities such as qigong or line dancing. However, what is equally important to successful aging are mentally stimulating activities. A tight knit group of 10 seniors in the Digital Making Interest Group of Taman Jurong Active Ageing have done precisely this, putting their minds to work by learning coding and digital making skills. Under the watchful eye of their volunteer instructors, the seniors in this class have used micro:bits to create several digital making projects. We sat down with two of these seniors, Julie and Edward, to find out more about their learning journey. 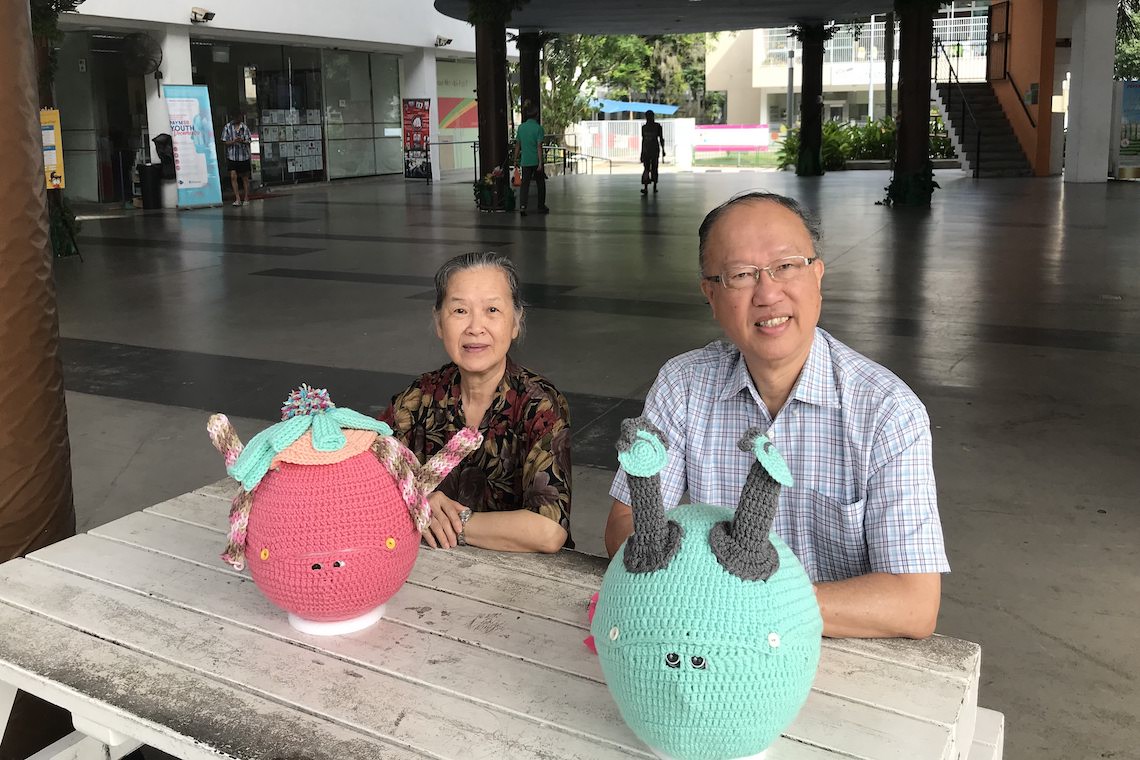 Both Julie and Edward do not come from IT backgrounds. Julie, who started attending the class in July 2017, is a 70-year-old housewife who retired in her early thirties to look after her two children. Edward, who started in November 2018, is a 69-year-old retired accountant who by his own admission is more used to hardware than software.

In the beginning, both found the learning curve for micro:bit coding steep. “Initially, I found micro:bit difficult to follow and very time consuming,” said Julie. Luckily, the class found effective ways to help them overcome this difficulty.

The key figure in helping seniors learn coding has been volunteer instructor Mr. William Tan, who works as the Head of Technology Projects at ITE College West. William has provided patient and continuous mentoring to seniors, breaking down complex concepts and technical jargon into simple terms. While learning coding, seniors were also paired up with student volunteers, making sure that each one had someone to turn to when they were in doubt. 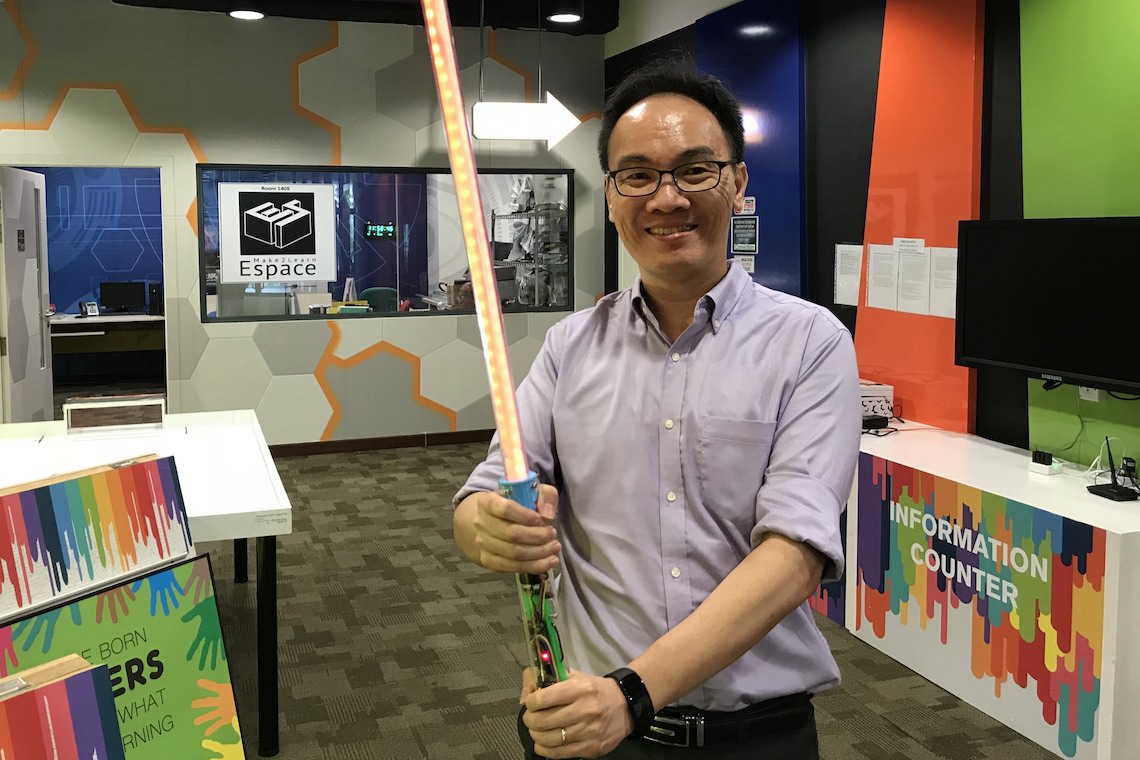 ## “There’s no ceiling to what you can learn and make…” With a little patience, as well as the support of their instructors and co-learners, Julie and Edward succeeded in learning micro:bit coding. After overcoming this challenge, Julie and Edward found that coding came much easier. “It felt like mental gymnastics in a way, but after you get the feel of it, it becomes easier and simpler,” said Edward.

With their new knowledge in micro:bit programming, seniors proceeded to create several digital making projects with the micro:bit, in the process discovering how versatile such a simple device can be with some imagination. “There’s no ceiling to what you can learn and make,” said Edward. “The power of micro:bit still surprises me.”

The clever structuring of the digital making class also shows itself in when it comes to generating excitement for making projects. Realizing that complex sounding coding projects such as “Coding a micro:bit Car” turn seniors off, the class instead planned projects that aim to solve a real life problem, for example “How To Water Your Plants While On Vacation – A TechEnabled Solution”.

In the short few years the class has been conducted, the seniors of the digital making class have made several stand-out projects. Edward has made a micro:bit number generator, while Julie has collaborated with a fellow senior and Taman Jurong Community Club volunteer Mona to create a trio of softbots, affectionately named Sundae, Turny and Squiggy. Each bot has a unique function. For example, when Squiggy detects that someone is close by, it will greet them by waving its hands. These softbots were featured in the 2018 Maker Faire Singapore event, where they were presented to Desmond Choo, the Mayor of the North-East Community Development Council.

In her own time, Julia has also created a micro:bit mini playground, where the user can use the device to operate a miniature merry-go-round and see-saw. 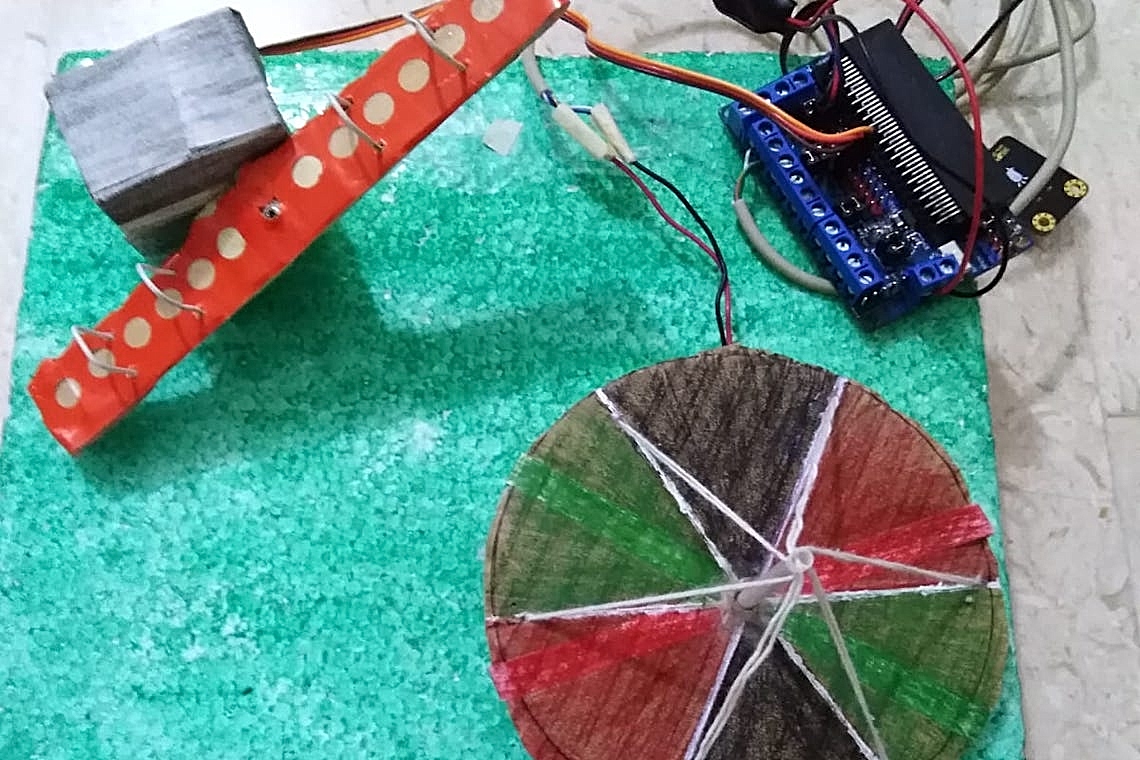 “To me, the biggest reward is that I now have a common language to bond with my grandchildren.”

In addition to being a fun social activity and helping to keep them up to date with IT, Julie and Edward have found other benefits of continuing to learn coding and digital making. For example, the cerebral nature of learning coding and digital making has enabled them to keep mentally active in their golden years. Furthermore, improving their IT skills has helped to bridge the generational divide between them and their children and grandchildren. As Edward said, “To me, the biggest reward is that I now have a common language to bond with my grandchildren.”

“They have learnt the micro:bit a few years before I have. Now I can join their conversations if they are talking about coding.” 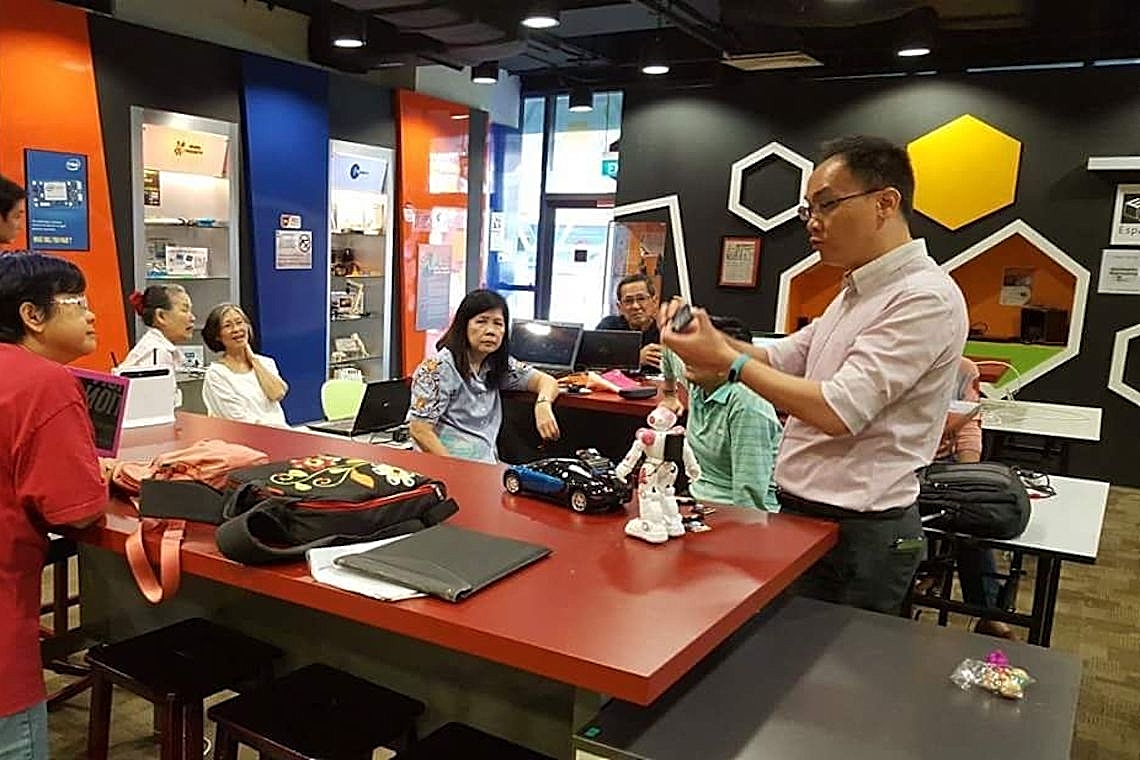 Of course, the digital making classes which Julie and Edward have benefitted so tremendously from would not have been possible without the efforts of the organizers and the teaching staff. The Community Club volunteers Edwin and Mona organized the class, securing a spacious classroom for seniors to learn in, and enthusiastically encouraged participation.

Supporting the class as instructors were staff and students from ITE College West. Julie and Edward had glowing words for William for his dedication to answering seniors’ queries. “William was very nice and helpful. He’s very approachable and gives us ideas and guides us on how to solve problems,” said Julie.

“I have approached him for help on Facebook and he followed up on my question. That is encouraging for me as a learner.”

When asked how digital making can be made even more accessible to seniors, Julie and Edward had a few suggestions. Noting that the initial difficulty of digital making classes leads seniors to prefer less challenging activities such as line dancing, they suggested that the courses be simplified even more to hook seniors onto coding. “After completing a simple project, participants may be encouraged to try more difficult ones,” said Julie. Further, they viewed greater publicity efforts as helpful to engaging seniors, pointing out the bolstering effect the Taman Jurong Makefest had on interested seniors.

To conclude the interview, Edward had some words of encouragement to other seniors apprehensive about taking the first step. “I believe that we should still learn even if we are seniors. If we put our time and effort into learning digital making, we should be able to do it!”