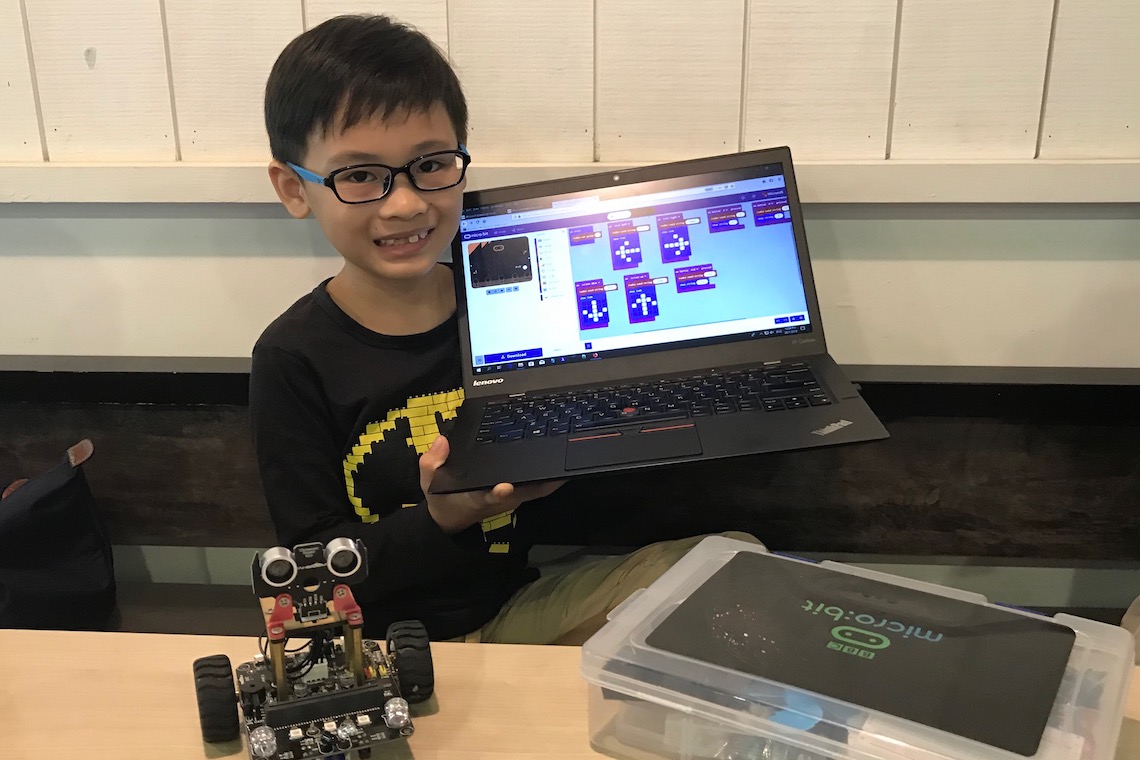 Many young children are by nature inquisitive and excited to create, which makes them prime candidates for picking up coding and digital making skills early in life. 10-year-old Cedric Phua, who has been creating his own projects since he was 9, is one such early adopter. His story shows that digital making is not only achievable for young children, but also fun!

From the beginning, Cedric had always shown an interest in making, playing with Lego toys when he was younger. When he was in his third year at Seng Kang Primary School, he was told that he would need to join a Co-Curricular Activity (CCA). After some discussion with his parents, he decided to pursue his interest in coding and making by joining the school’s Infocomm Club. It was there when he was first introduced to micro:bit.

Although Cedric had some initial difficulties understanding the programming syntax for micro:bit, he overcame them with his teacher’s help, as well as his own initiative in looking up instructional videos on YouTube. “It became quite easy after that”, said Cedric.

Cedric’s father credits the block based programming system of the micro:bit for his enthusiasm for self-directed learning, saying that the eye-catching interface made learning to code fun rather than tedious. 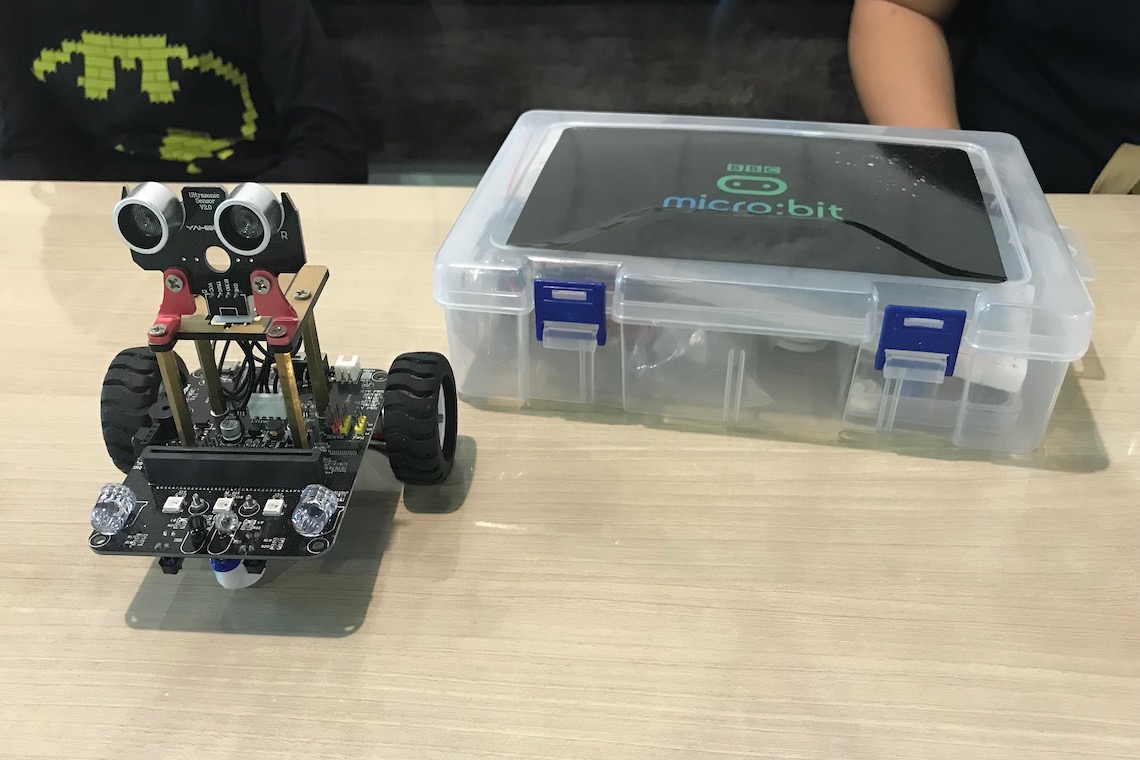 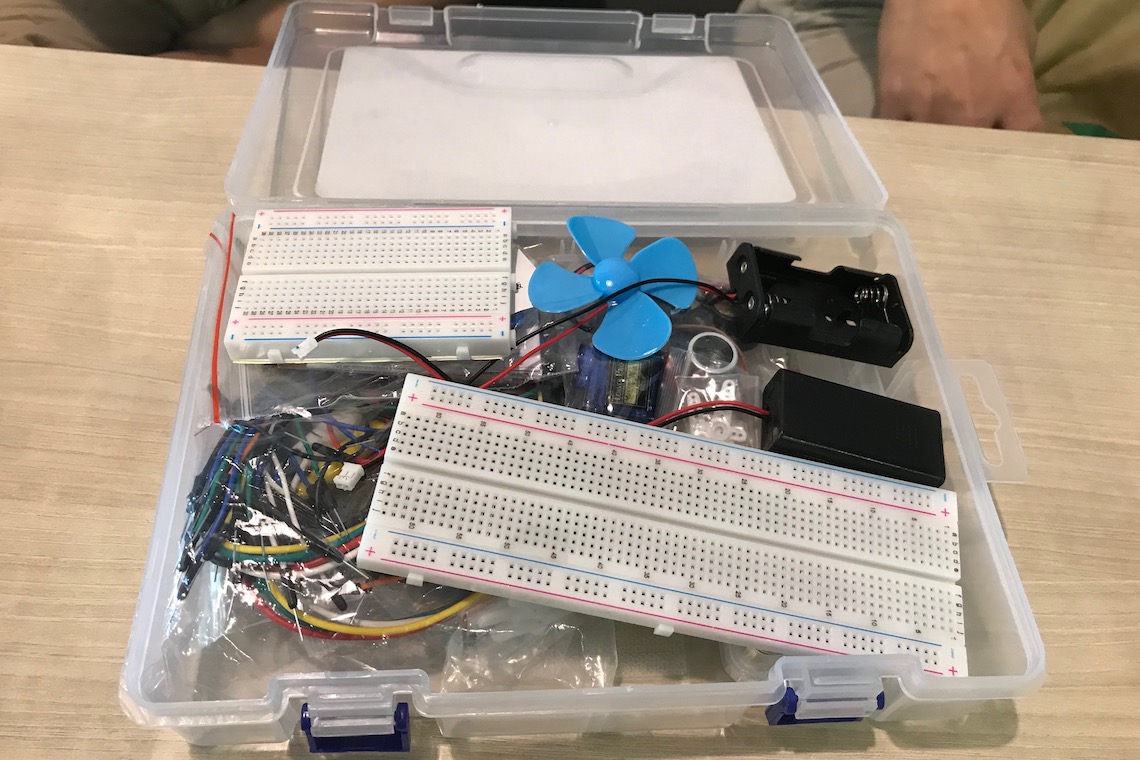 Cedric’s robo car project, and the micro:bit kit he used to create it.

Aside from his CCA, Cedric’s love for digital making is also encouraged by his parents. Seeing it as an opportunity for family bonding, Mr. and Mrs. Phua bought him a micro:bit kit to use outside of school, and often spend time with Cedric brainstorming ideas for his next digital making project.

Through these brainstorming sessions, usually centered around everyday problems the family faces, Cedric has been inspired to create projects such as his Traffic Light project, which signals the lights to change based on input from an ultrasonic sensor.

Speaking about the project, Cedric said, “My parents and I were stuck in the rain one day. We wanted to press the pedestrian crossing button at the traffic junction. So I thought: ‘What if we can use [an] ultrasonic sensor to detect pedestrians who want to cross the road?’”

Besides micro:bit, Mr. and Mrs. Phua also nurture Cedric’s interest in digital technology in other ways. Mr. Phua shared that he would be bringing Cedric to a workshop at IMDA PIXEL Labs @NLB to learn more about the Internet of Things, the concept of how different internet-enabled devices interact in a digital network. 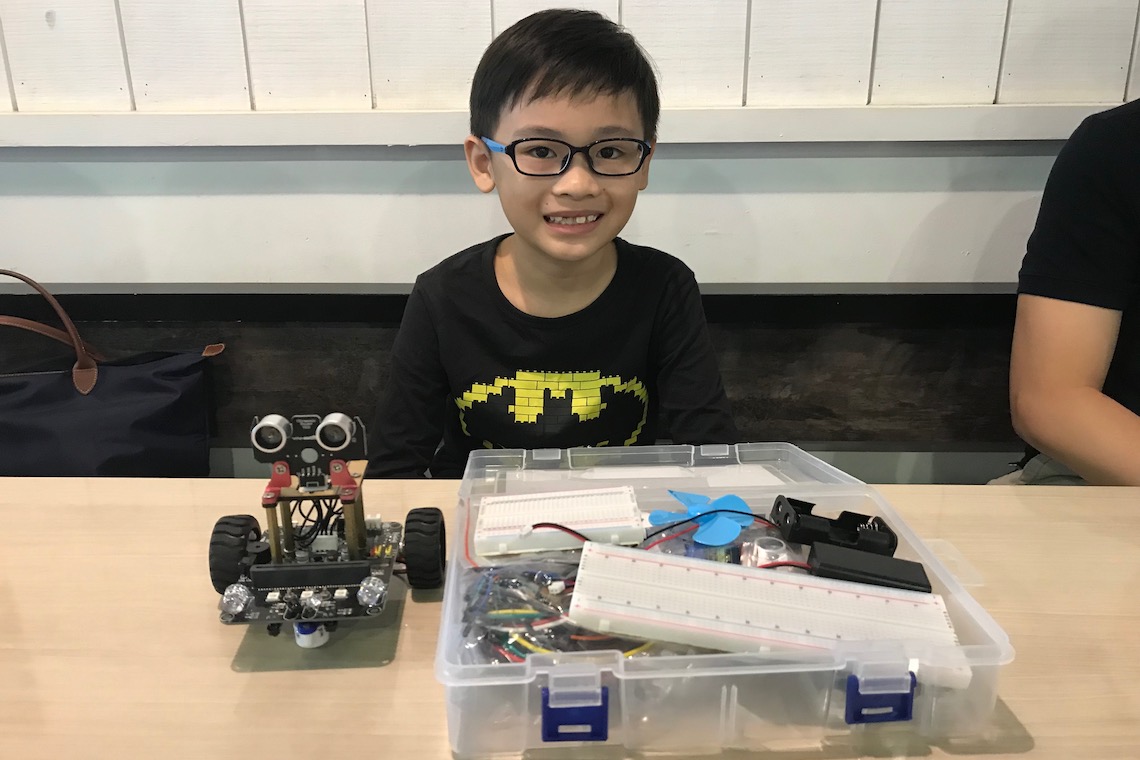 “I realized the key to success is: Don’t be discouraged even if you fail after many tries.”

Cedric continues to work on new digital making projects, with his latest work in progress being a Pokémon themed steady hand toy for the Sony Creative Science Award 2019.

When asked why he continues to find digital making fun, Cedric shared that the ability it gives him to program and create things that he liked is very enjoyable, giving special mention to the radio-controlled robot car that he created.

As for what advice he would give to other aspiring young digital makers, Cedric had this to say, “I realized the key to success is: Don’t be discouraged even if you fail after many tries. Believe in yourself [and] you can do it!”