The whole experience of carrying out this Values-in-Action (VIA) project has been an enjoyable experience for us as we got to know each other better. It provided us with an avenue for club members from different age groups to come together and work as a team. 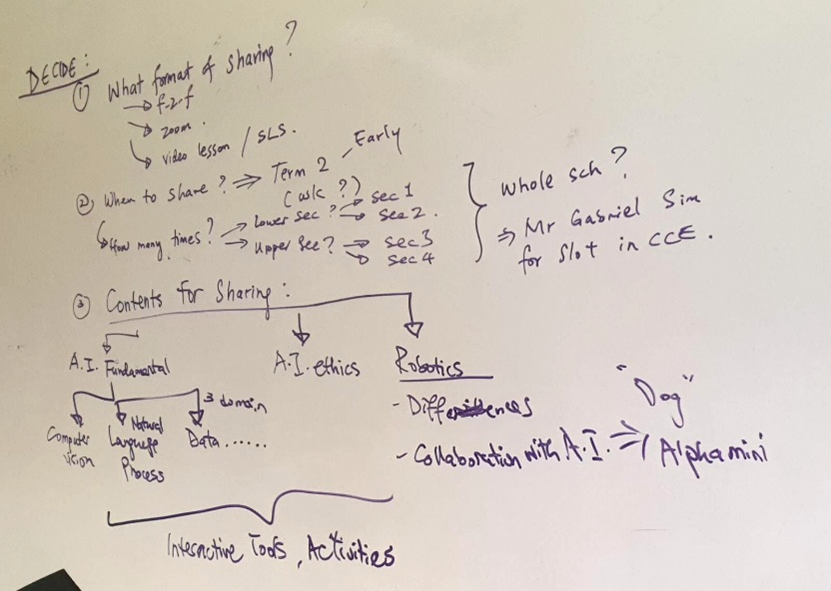 At the start, we realised there were many things we had to do and that we had to come up with a plan quickly. We met every Friday to plan and discuss, eventually choosing to engage our Infocomm club members and educate them about Artificial Intelligence (A.I.). 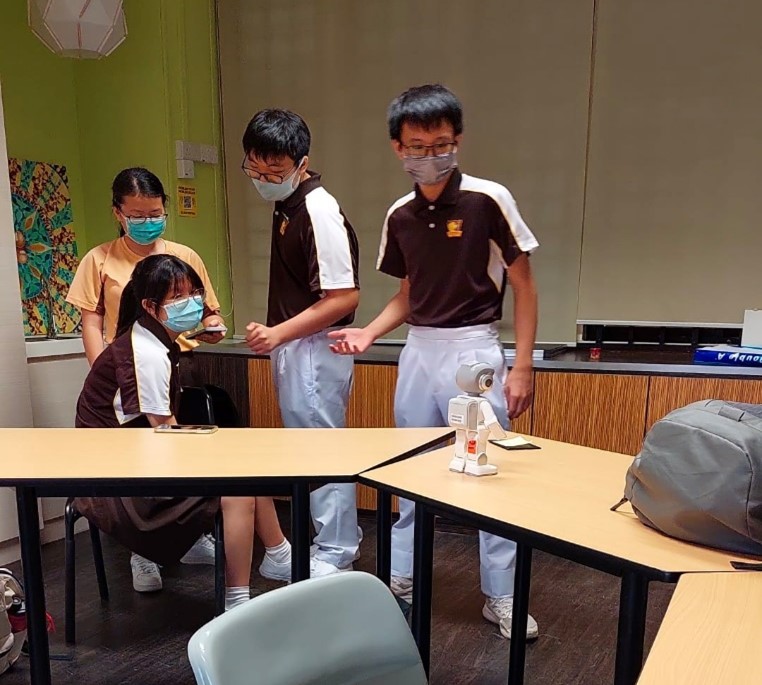 We decided to conduct a face-to-face sharing as it would be easier to hold the audience’s attention and showcase the Alpha Mini robot’s various functions. As the members from different levels attended training sessions on different days across the week, we decided to conduct separate presentations. 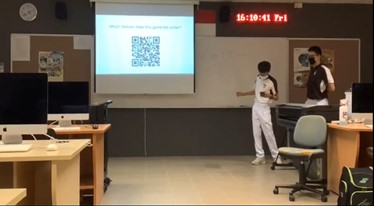 We were able to quickly split ourselves into three teams based on our strengths. The first team was in charge of creating and presenting a set of slides. The second team was in charge of coding and planned how to utilise the Alpha Mini robot to showcase the 3 domains of A.I., namely Statistical Data, Natural Language Processing and Computer Vision. In addition to that, they had to program the robot for a live demonstration of its features. Lastly, the third team was tasked to film videos to showcase the Alpha Mini robot as well as record the actual presentations.