I would like to share my experience in leading and running the Infocomm Media Club Values-In-Action (VIA) Project. With the help of the Exco members, we were able to raise awareness of Artificial Intelligence (AI) in my school. 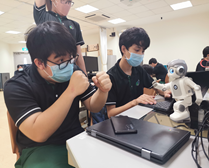 The Infocomm Club members attended the Emerging Tech x VIA training Zoom session where we learnt about the basics of AI, played AI games and had a chance to interact with the Alpha Mini robot. The Alpha Mini robot mesmerised and charmed us with its adorable dance moves and detailed facial expressions. Personally, I enjoyed playing the games powered by AI such as Semantris, Quick Draw and Rock Paper Scissors with my friends. It was really fascinating that the AI in these games could respond and adapt to the player’s behaviour.

Preparation
We planned to have an AI showcase to share our knowledge and the exciting applications of AI with our fellow schoolmates (Jv-nites). As part of our preparation, we took the initiative to deepen our knowledge by completing the AI for Citizens program where we earned digital badges. 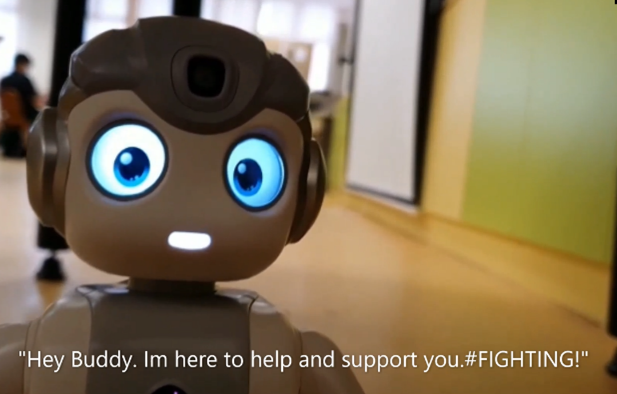 Our members were divided into four teams to get the preparations underway. Team 1 researched and created PowerPoint slides on an Introduction to AI and real-life AI applications. Team 2 came up with questions and created a Kahoot quiz to check for audience understanding while Team 3 would comprise the emcees and station masters for the AI showcase. Team 4 scripted and filmed a skit with the Alpha M ini robot “AI Buddy”. We used Alpha Mini’s various facial expressions and dynamic moves in the skit to tell the story of a boy and his supportive AI Buddy.

The AI Showcase
The Artificial Intelligence showcase was then carried out on 25th March at the school canteen during recess. We used a portable projector to display our slides and had two interactive stations where Jv-nites could play and interact with the Alpha Mini as well as an AI Pictoblox program. The program was designed to guess the gender, age and feelings of the participants by scanning their faces using computer vision. The team also was present across the different recesses to engage Jv-nites in different levels. 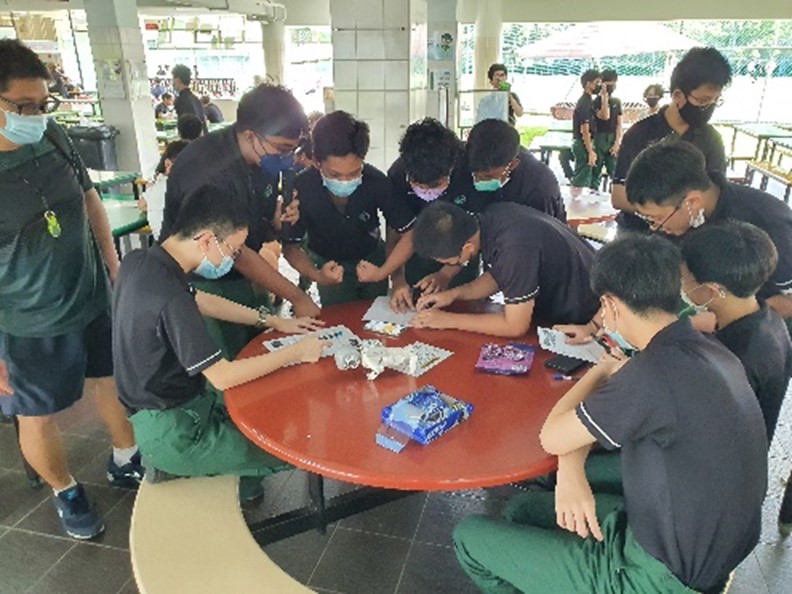 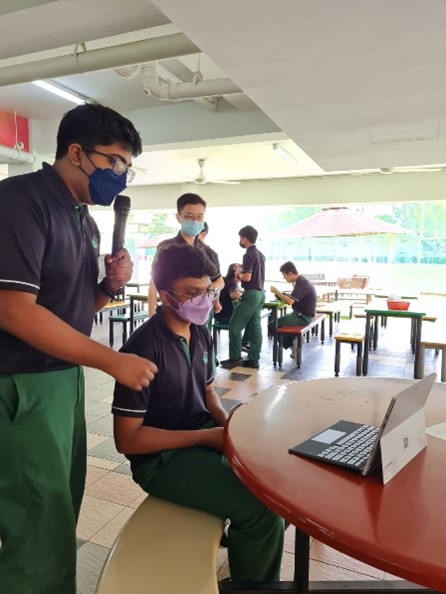 While we were initially worried about the booth’s ability to engage our audience, we were immensely thankful for and overwhelmed by the support shown by Jv-nites and teachers alike. The showcase was a success through and through and as a club we could take pride in it as we witnessed our fellow Jv-nites enjoying themselves, exploring and learning about AI. 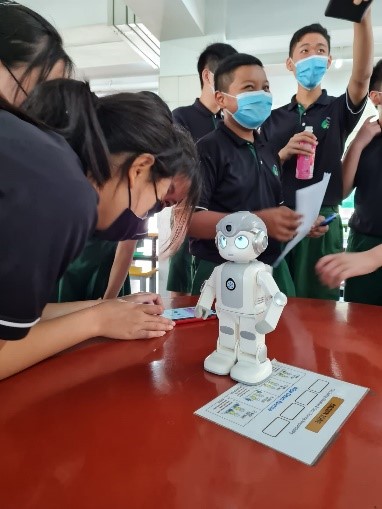 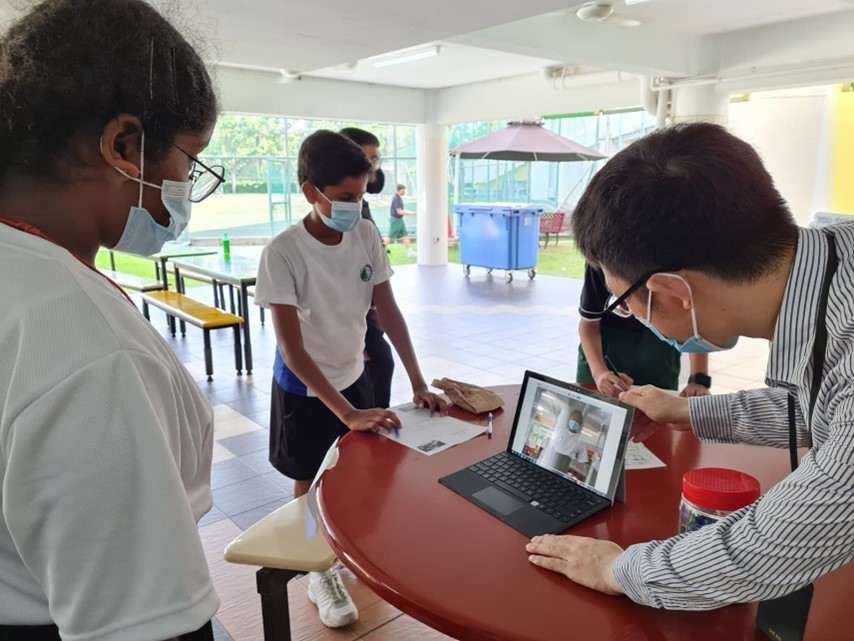 Infocomm Club Member’s Quotes
“Through this VIA project, we have learnt a lot of things besides artificial intelligence, such as time management, working well under pressure, coping with deadlines and developing interpersonal skills. With resilience and confidence, we realised we can achieve more than what we expected. We are thankful to Infocomm Media Development Authority Singapore for their generosity to lend us the Alphamini robot as well as the providing the training to carry out this VIA project.”
- Ker Beng Yang, Sec 4, VIA Team Leader

“The VIA project had its challenges especially when it came to brainstorming interesting activities to engage and entice our schoolmates to participate. However, these challenges provided valuable learning for my team and I as we learned how to manage others.”
- Japer Leow Seow Chuan, Sec 4, Exco of ICC

“I had lots of fun working with the team in coming up with a concept, writing the script, shooting and editing the ‘AI Buddy’ video. It was interesting that we could apply our video editing skills to make an engaging video using the Alpha Mini Robot to create awareness on AI.”
- Nur Aqeela Faiqa Binte Adam, Sec 4, Video Team