With the conversation about sustainability picking up across the world, many of us are eager to do our part for the planet. But when it comes to sorting out the trash, are you sure you know the difference between what can be recycled, and what can’t? In this case, a scanner capable of detecting items that are not recyclable would be useful!

An app with these scanning capabilities was developed, and not by any of the expected tech giants, but by 19-year-old Ian Wong and his team of Infocomm Media Club members for the 2020 SCSE Computing Challenge.

The Language of the Future

As an avid coder, Ian has been participating in various coding contests like the Code XtremeApps 2019 and the 2021 Splash Awards. Even while doing his national service, he is constantly on the lookout for projects that test his coding skills and he is currently excited at the prospect of continuing his studies in Computer Science.

“I’ve always liked inventing new things, solving problems, understanding and learning new things,” Ian shares. Coding is a way for him to do this, and with different programming languages in his arsenal, it also enables him to give back to the community.

But while Ian’s passion for coding may have stemmed from his own independent experiences, the Infocomm Media Development Authority (IMDA) Code@SG initiatives had a part to play in allowing these skills to flourish.

Code@SG was launched to nurture a generation of digital innovators and creators who are passionate about using technology to solve real-world problems. Through a series of school programmes, like Code for Fun and Infocomm Media Clubs, Code@SG provides students with the opportunity to access exclusive, hands-on industry experiences and pick up the deep tech skills they need for a digital future.

These initiatives benefit primary, secondary and junior college students and cover introductory lessons on coding and computational thinking to deep skills training on emerging tech areas such as artificial intelligence and cybersecurity.

Sparking A Love for Code

These initiatives also provide opportunities for passionate students like Ian to deepen their existing coding skills. But for others, like 15-year-old Chua Wei Xuan, a student at Presbyterian High School, Code@SG offers exposure to coding and digital making that they would not otherwise have had.

“I’ve actually always been interested in coding, but when I was younger, I didn’t have any resources for it,” Wei Xuan shares. As such, it was a “great joy” to have the opportunity to learn about Arduinos and pick up the basics of popular block-based coding programmes like Scratch and micro:bit as part of the school’s Applied Learning Programme and science lessons, she says.

Noticing her enthusiasm and proactiveness, Wei Xuan’s teacher, Michelle Goh, offered her some Arduino kits to tinker with during the school holidays. “Before long, Wei Xuan was coding extensively and building her self-curated library of projects,” Michelle says. “At some point, her knowledge exceeded that of her teacher facilitator, and she became involved in troubleshooting and fixing code for our lessons!” 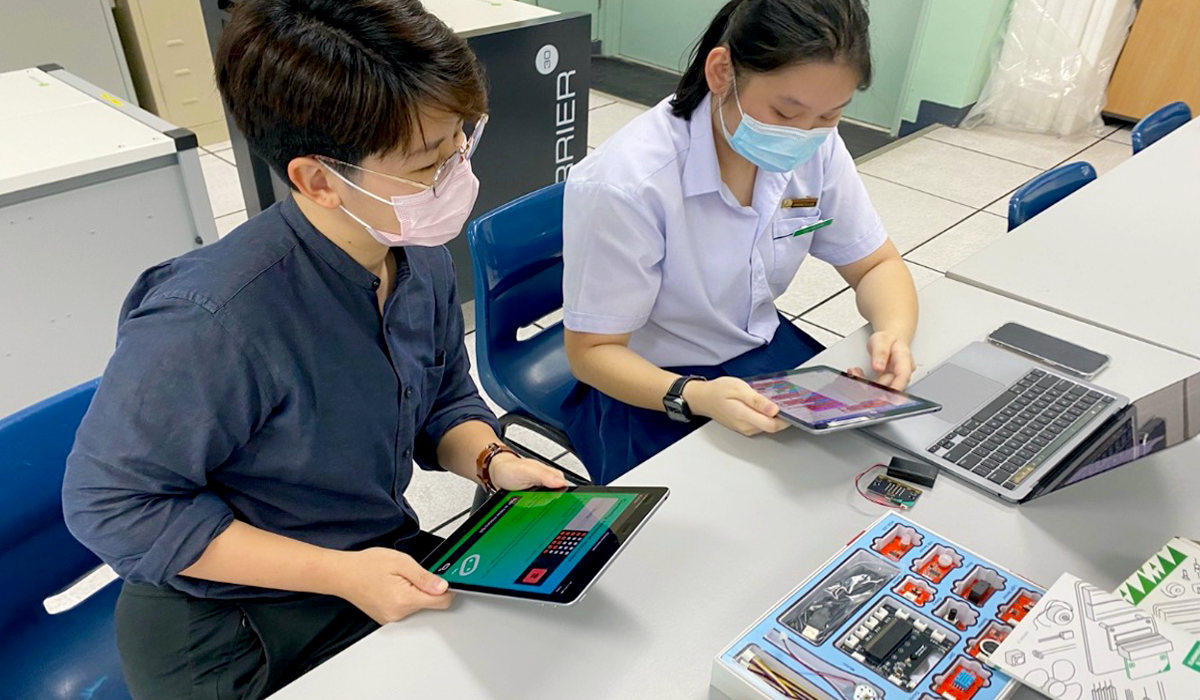 Building Confidence to Code her Own Life Script

These early classroom experiences paved the way for Wei Xuan to continue her coding journey outside of school.

Despite only having picked up coding in 2020, when she came across Apple’s WWDC21 Swift Student Challenge in 2021, Wei Xuan developed an app to educate the public about mental health in just two weeks

“We are very proud of Wei Xuan for her care for others and her values-driven purpose in using technology to contribute to the betterment of society,” Michelle says, noting that Wei Xuan’s efforts, where she emerged as one of the top 4 winners from Singapore to clinch an international award, was a remarkable feat for a first timer. 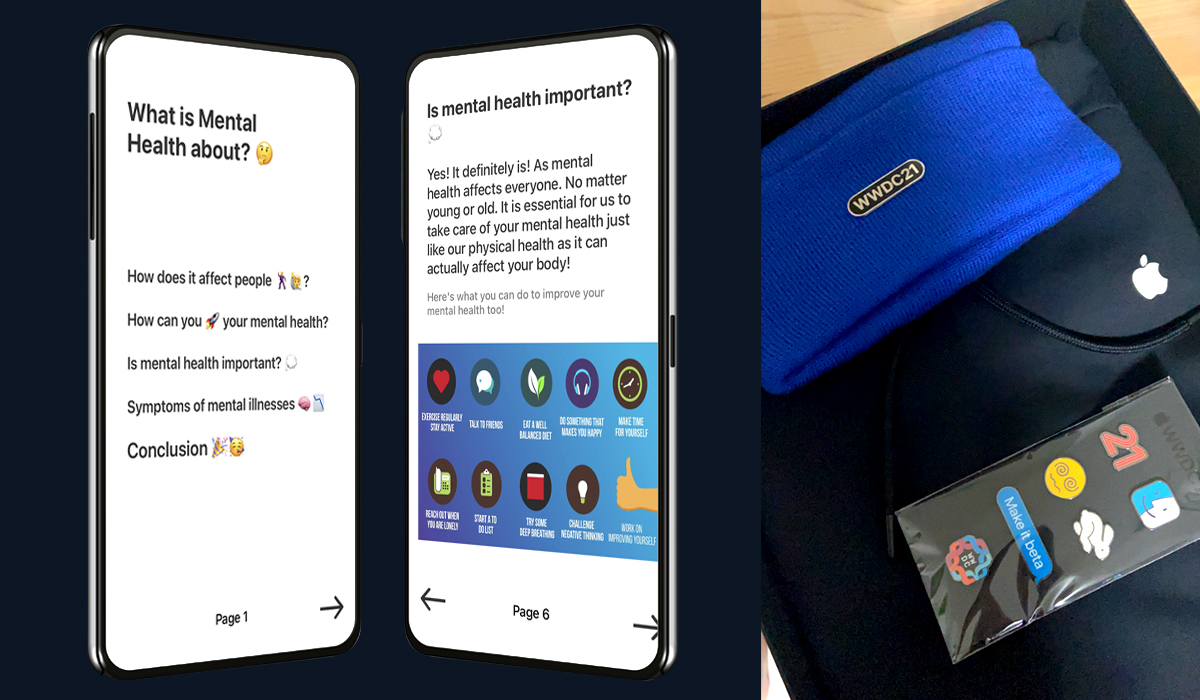 Wei Xuan had also earlier been accepted to the Swift Accelerator Programme, a student programme to nurture future coders, an initiative developed in partnership between IMDA and Apple, supported by Tinkercademy. Over eight months, participants like Wei Xuan are taught to code in Swift and guided to build and release an iOS app of their own.

Wei Xuan’s team developed an application to help users track their budgets and daily spending. Besides honing her coding skills, the experience also gave her valuable knowledge about finance, storytelling, design-thinking and more.

As a bonus, it also enabled her to plug into a passionate coding community which helped her to meet a lot of like-minded individuals who shared her passion for coding.

Sharing the Love for Code

Echoing Wei Xuan’s sentiments on the importance of having a coding community, Ian set out to create his own Infocomm Media Club at Saint Andrew’s Junior College (SAJC).

He saw this club as important for two reasons: It would be an avenue for those with an interest in tech to connect, and it would help his peers pick up in-demand skills for programming that can help their future careers. 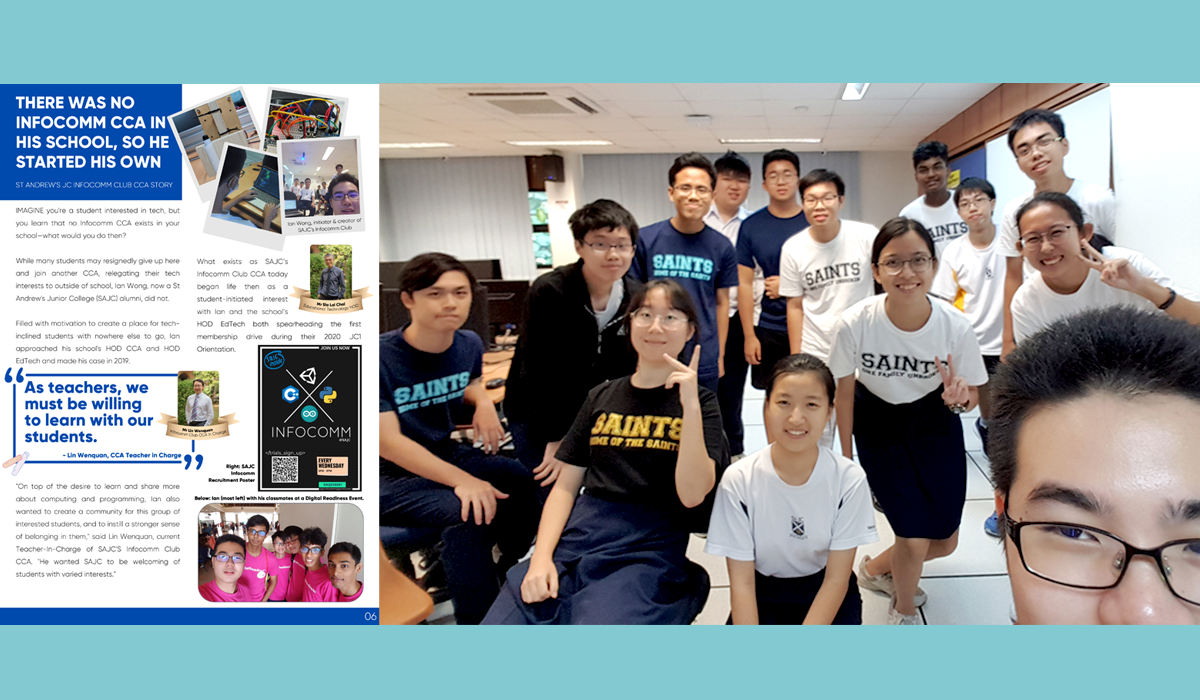 Ian’s work establishing the new SAJC Infocomm Club earned him recognition from the school and his peers.

“I think being digitally literate is becoming more relevant as the human race becomes entwined with technology. Being able to deeply understand, troubleshoot and use these digital tools—like computer programmes and apps—is something important,” he explains.

Inspired by his own experiences with his secondary school Infocomm Media Club, and with lessons from his own computer science classes in tow, Ian embarked on a journey to establish a programming curriculum that could cater to students with different coding abilities.

“I made sure the lessons were understandable and fun enough to stimulate a passion for coding from the get-go for the beginners,” Ian recalls, adding that for more competitive ones, he included homework to let them immerse themselves in the skills.

He also felt it was important to give members a platform to exercise their creativity and truly grasp the power of coding. As such, members were also encouraged to participate in competitions and try different projects—like developing the recycling app.

Beyond demonstrating how coding was valuable in real-world situations, these exercises also taught values like tenacity and teamwork, he says. 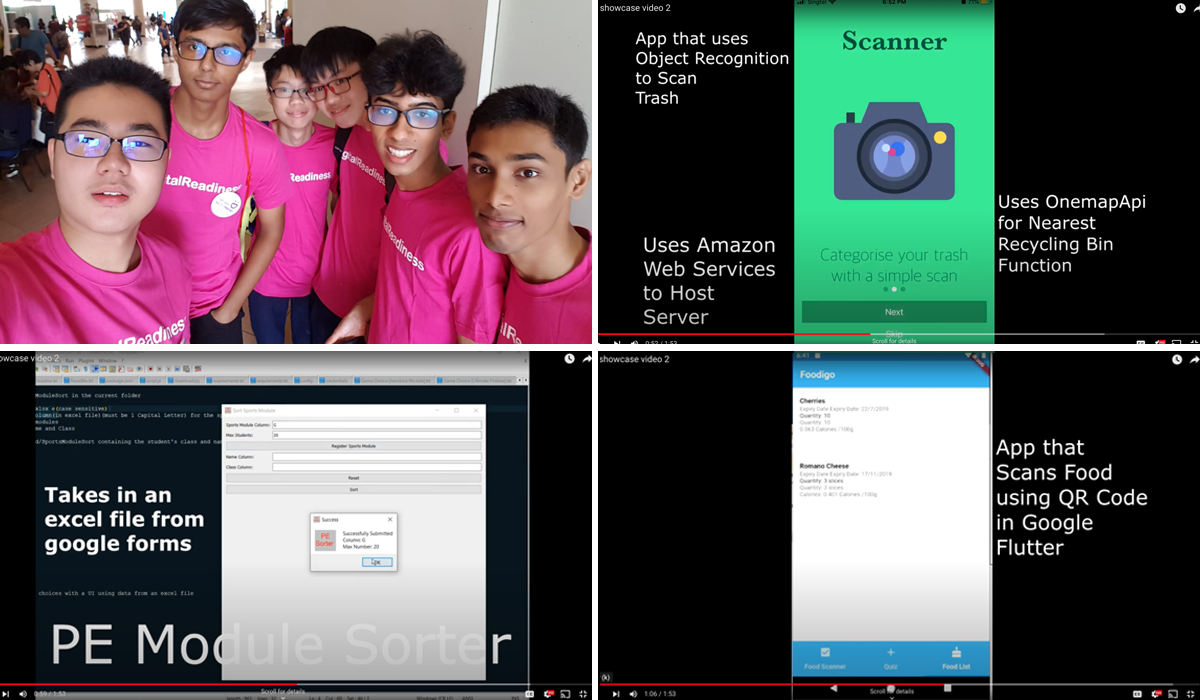 Ian participated in computing projects throughout junior college and guided his Infocomm Media Club members to do the same, so they could see how their programming skills were relevant to solving real-world problems.

Admittedly, it was a challenge to manage the club administrative work, planning and teaching alongside his regular schoolwork, but Ian remained steadfast in his goals, and succeeded in getting the club up and running smoothly by the time he graduated.

An Inclusive Journey for All

Ian shares that his experience starting up the club has helped him understand the challenges that people face when they first embark on their own coding journeys.

To those who may be struggling, his advice is this: “Computing is such a broad field, so explore and try different things to see which interests you. Maybe you’ll like learning by doing or learning by theory—in the spirit of computing thinking, don’t be discouraged, but test and see what is the best learning approach for you and build on it from there.”

“Start small, seek advice from like-minded individuals and start your own mini-projects,” Wei Xuan chimes in, adding that a nice thing about coding is that it doesn’t matter what age or gender you are. “As long as you are interested, anyone can code,” she declares.

So, what are you waiting for? Code@SG offers a range of industry-led programmes like accelerators and bootcamps with tech giants like Apple, Intel and Amazon that demonstrate how we can deliver tech for good. Find out more from your school’s Infocomm Media Club, and like Wei Xuan and Ian, you can learn the language of the digital world!