Maker enthusiasts all over Singapore had a chance to gather at the inaugural Singapore Maker Extravaganza at the Science Centre Singapore from 20 – 24 July 2017. This annual festival reaches out to professionals, students and the general public to promote the culture of learning through making. Makers can range from tech enthusiasts to crafters to scientists and to garage tinkerers.

In these few years, the Maker Movement has gained popularity in Singapore and redefined the approach towards learning, education, economy and progress. We’re excited to see that to date, there’s been a huge growth of makerspaces, maker fairs and Science, Technology, Engineering and Mathematics (STEM) programmes in schools, industries and the government.

Part of the Singapore Maker Extravaganza was the Maker Faire Singapore event. Held from 22 – 23 July, it featured students demonstrating their maker creations. Minister Vivian Balakrishnan, a maker himself who assembles his own watches component by component, graced the event as the VIP. Through our various showcases, we demonstrated that with just a 5cm by 4cm micro:bit (a simple coding device) and a dose of creativity, anyone can be a maker!

Minister Vivian spoke with students from Pei Hwa Secondary School who displayed an easy and convenient food ordering system for hospice patients as well as emergency wristbands alerting nurses should their patients suffer a fall. 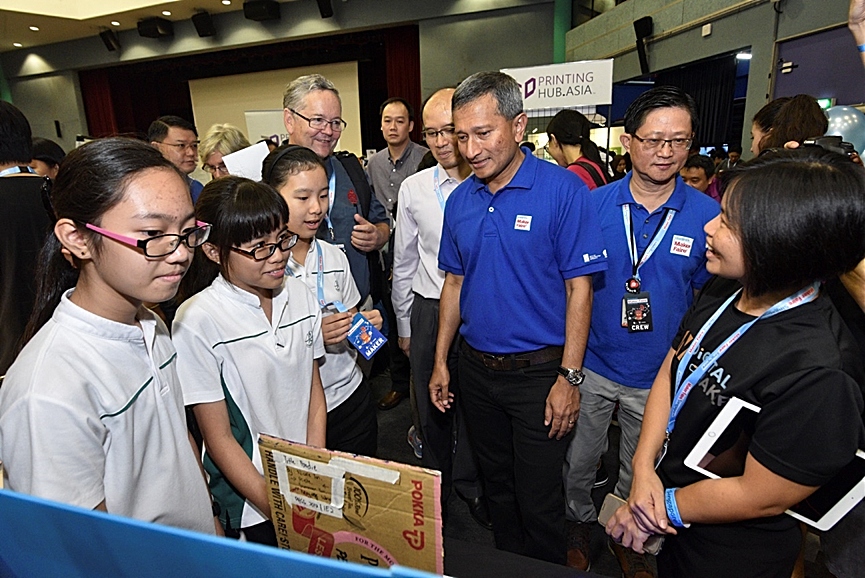 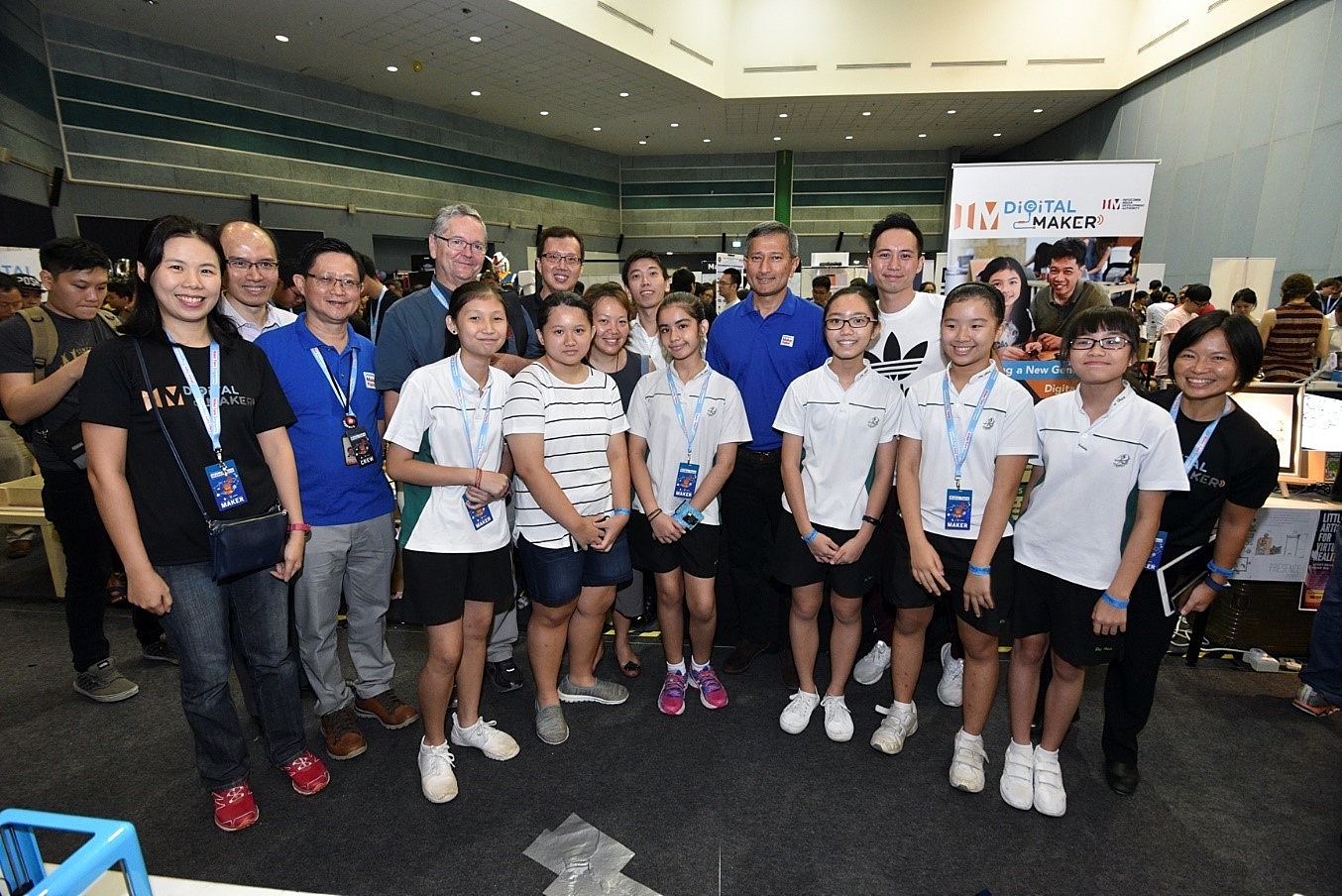 An ITE West student demonstrated a micro:bit-controlled drone and spider robots which he assembled and built. 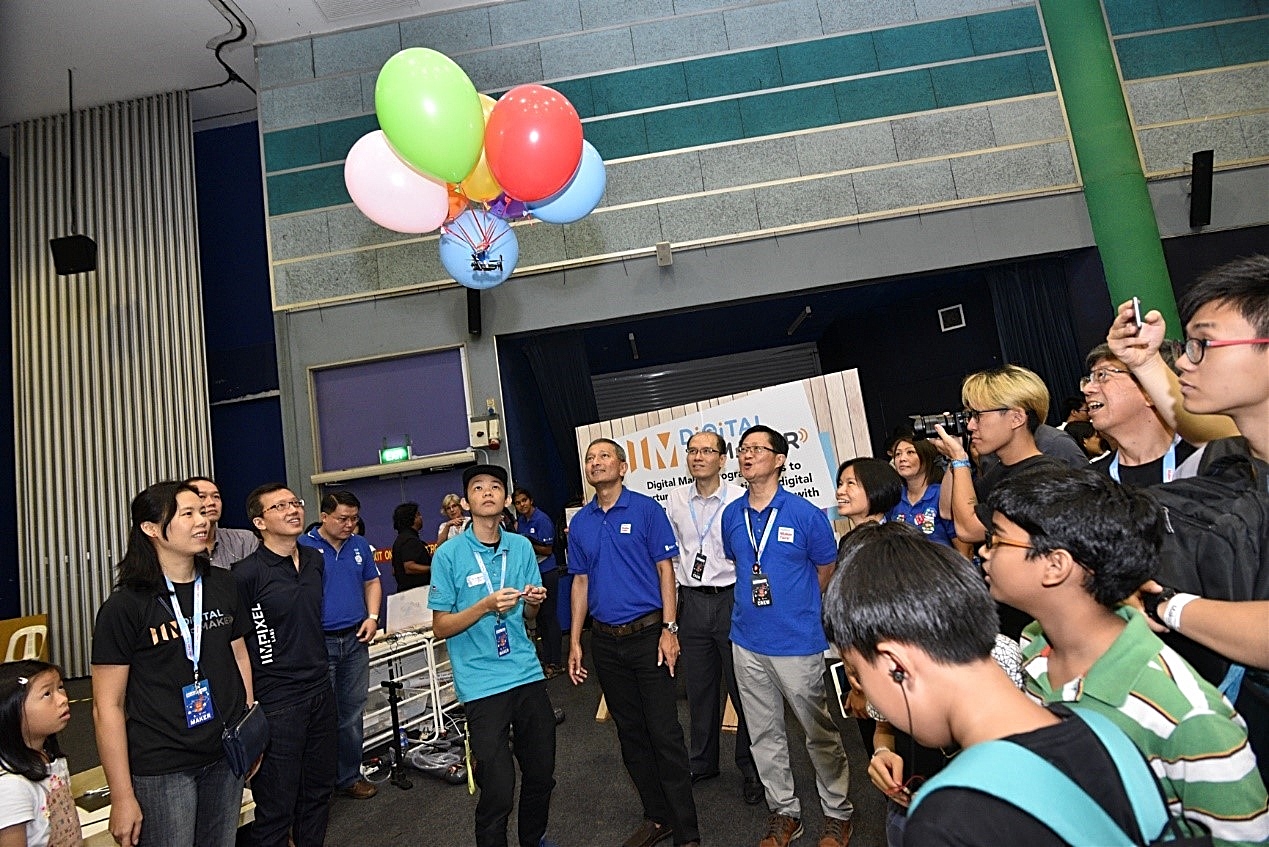 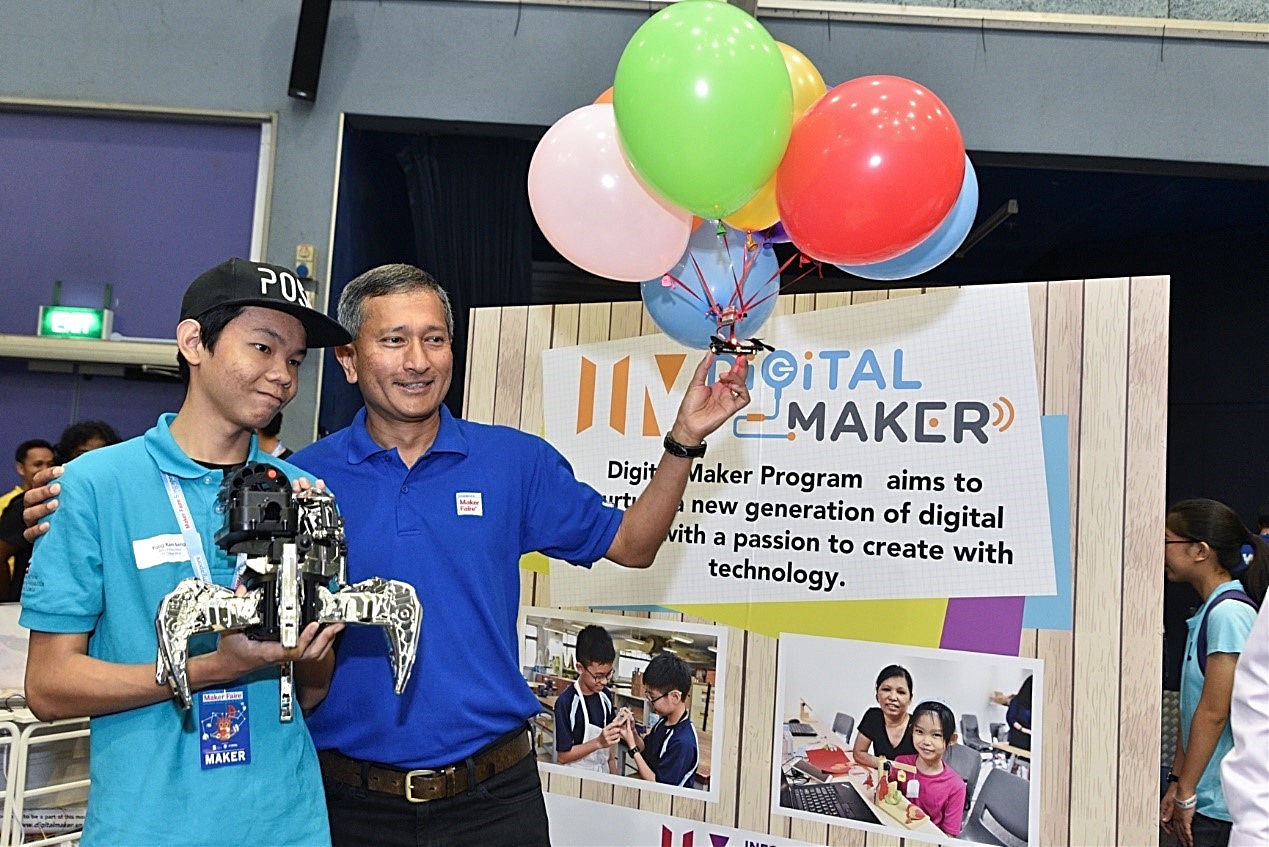 Exhibits at our Digital Maker booth

We supported the event by showcasing exhibits from school students that participated in our Digital Maker Programme. Their creative flair was clearly evident and we’re proud to say that they did really well!

Fire your air cannon!
In this game, participants played off against each other in a micro:bit powered game. The winner got to fire their air cannon first! 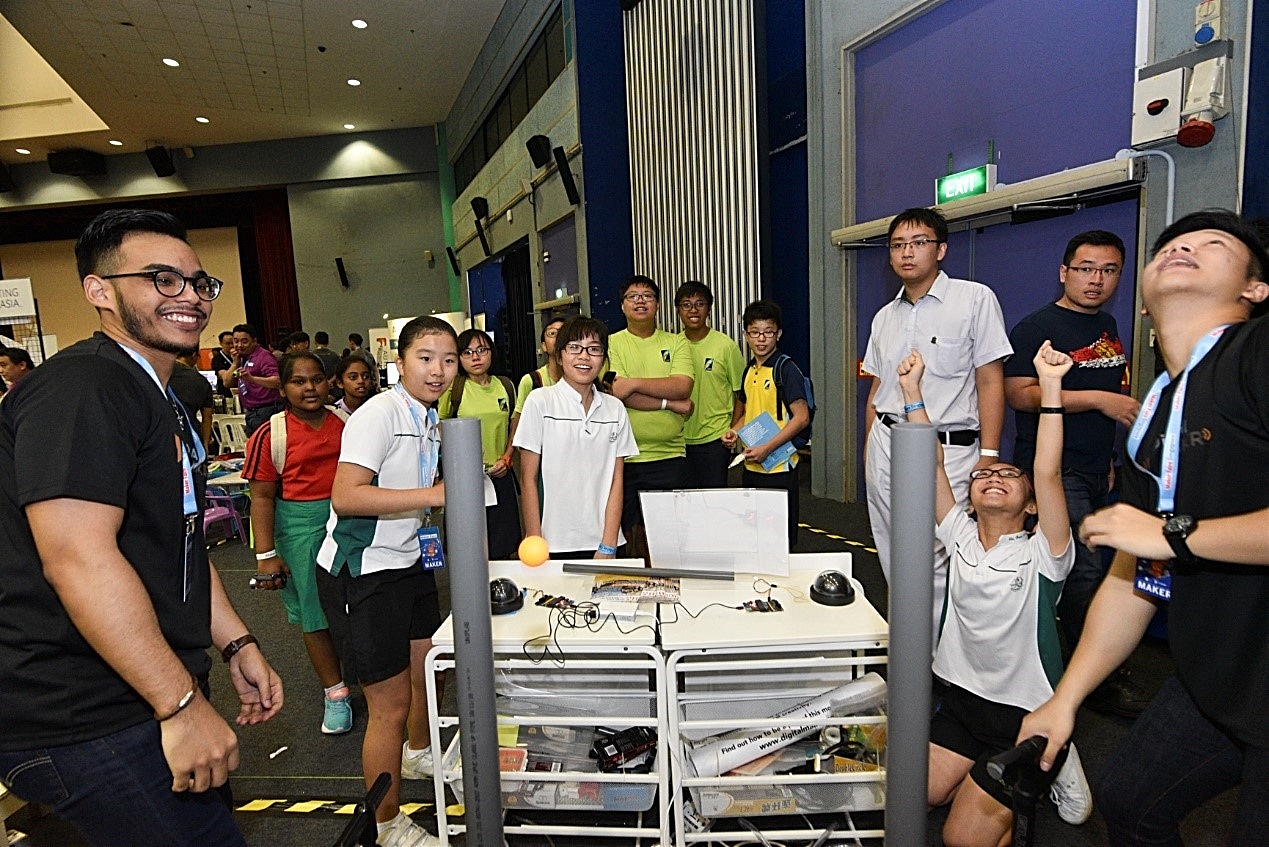 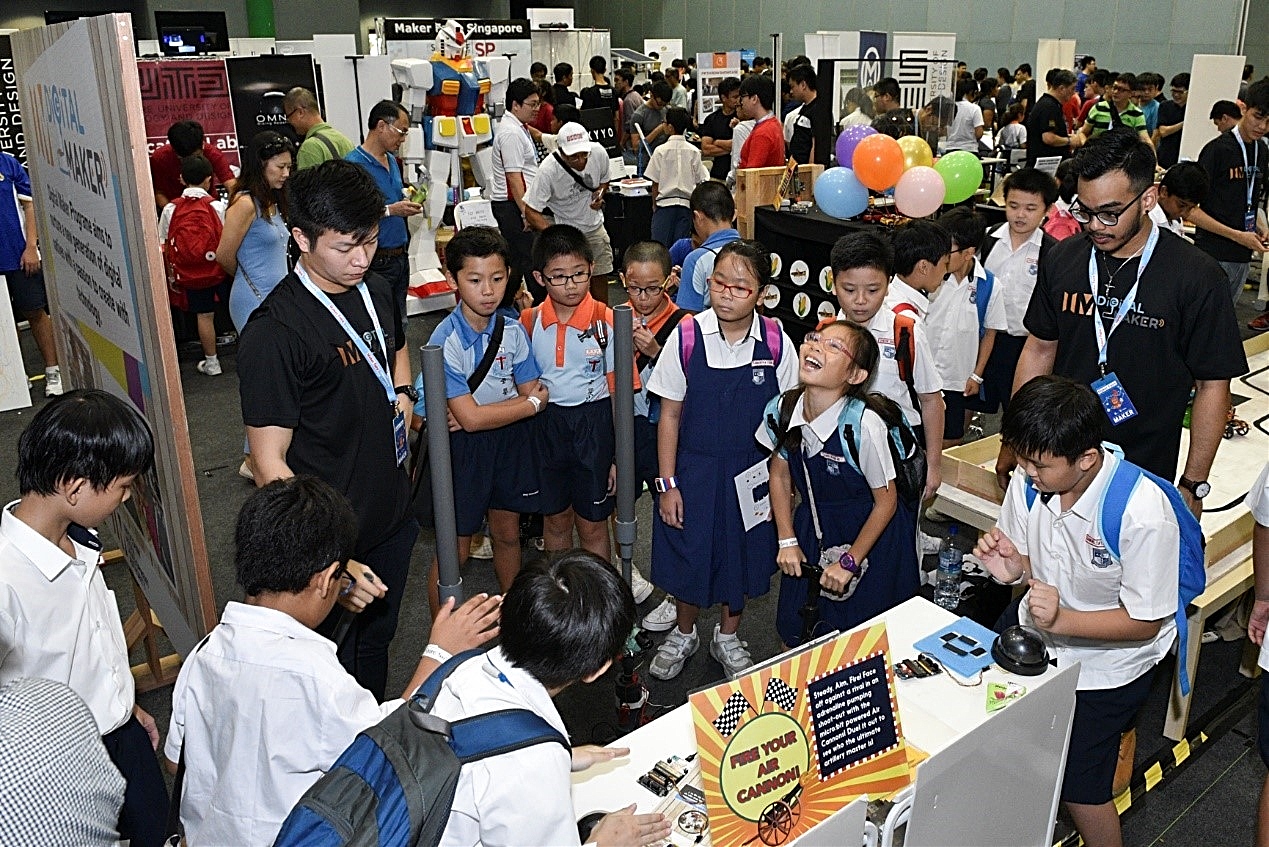 Programme your race car and compete!
Participants at this booth had a chance to explore robotics with a micro:bit-powered car. They could either use a remote control to steer the car or equip it with sensors for autonomous navigation. Which do you think is faster, an autonomous or human-controlled car? 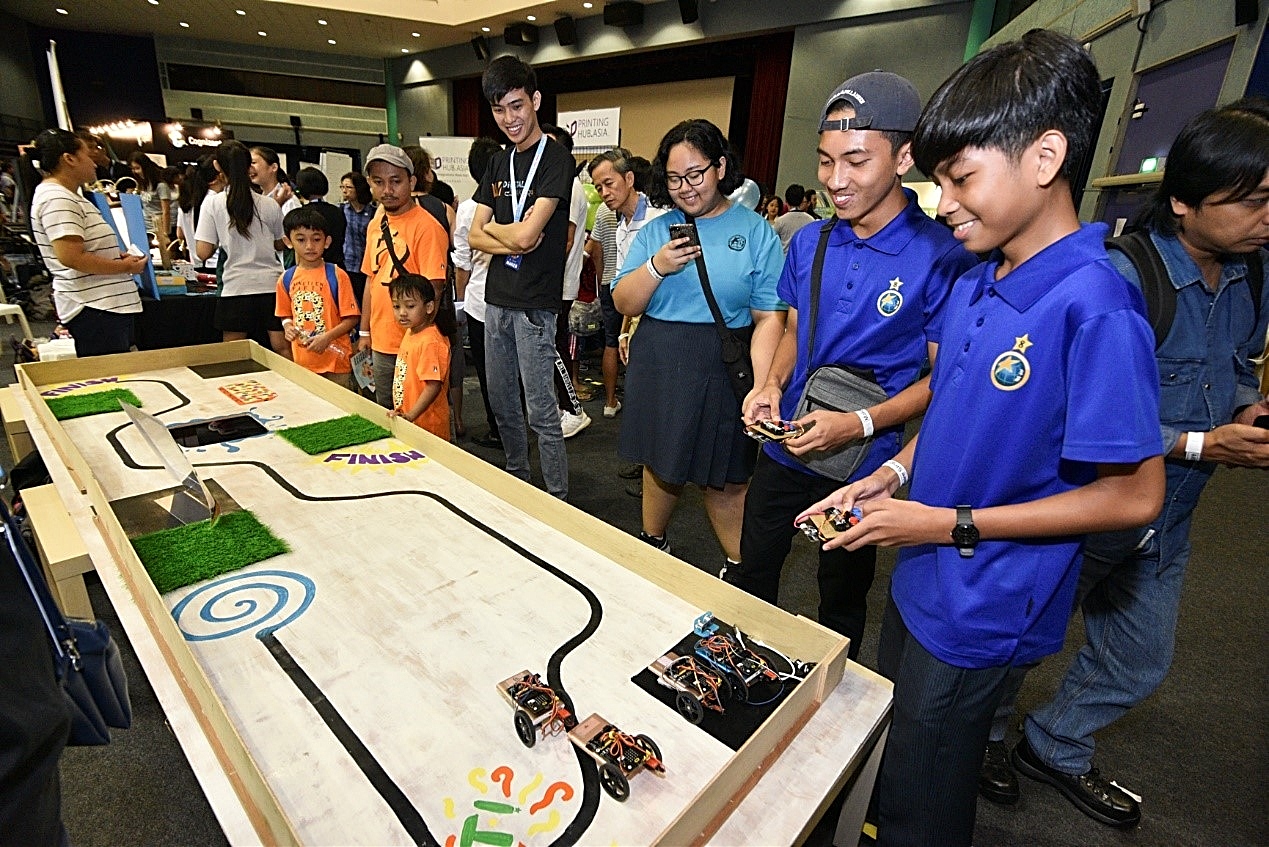 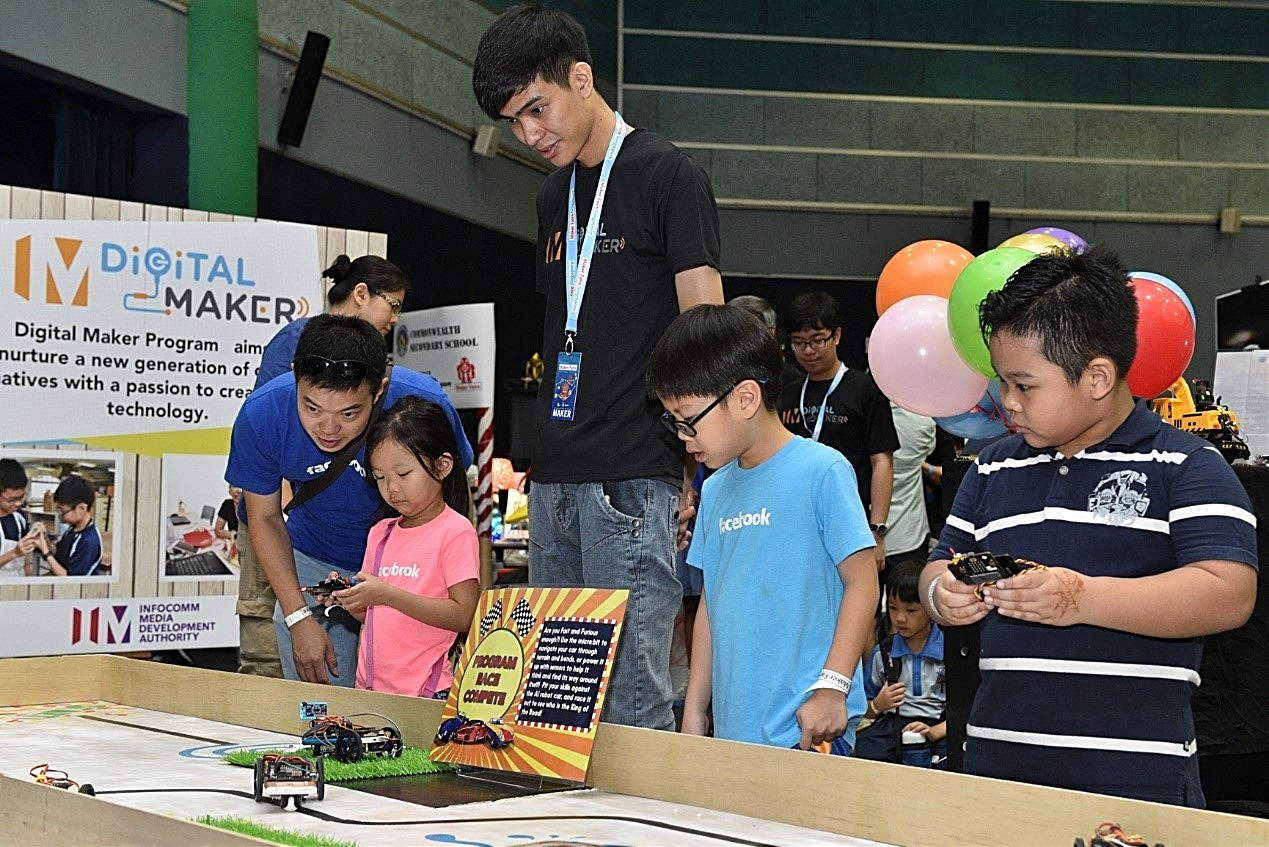 Protect your farm!
Using robots retrofitted with micro:bits, challengers competed to see who could protect the farm against locusts and emerge to be the winning Robot Farmer. 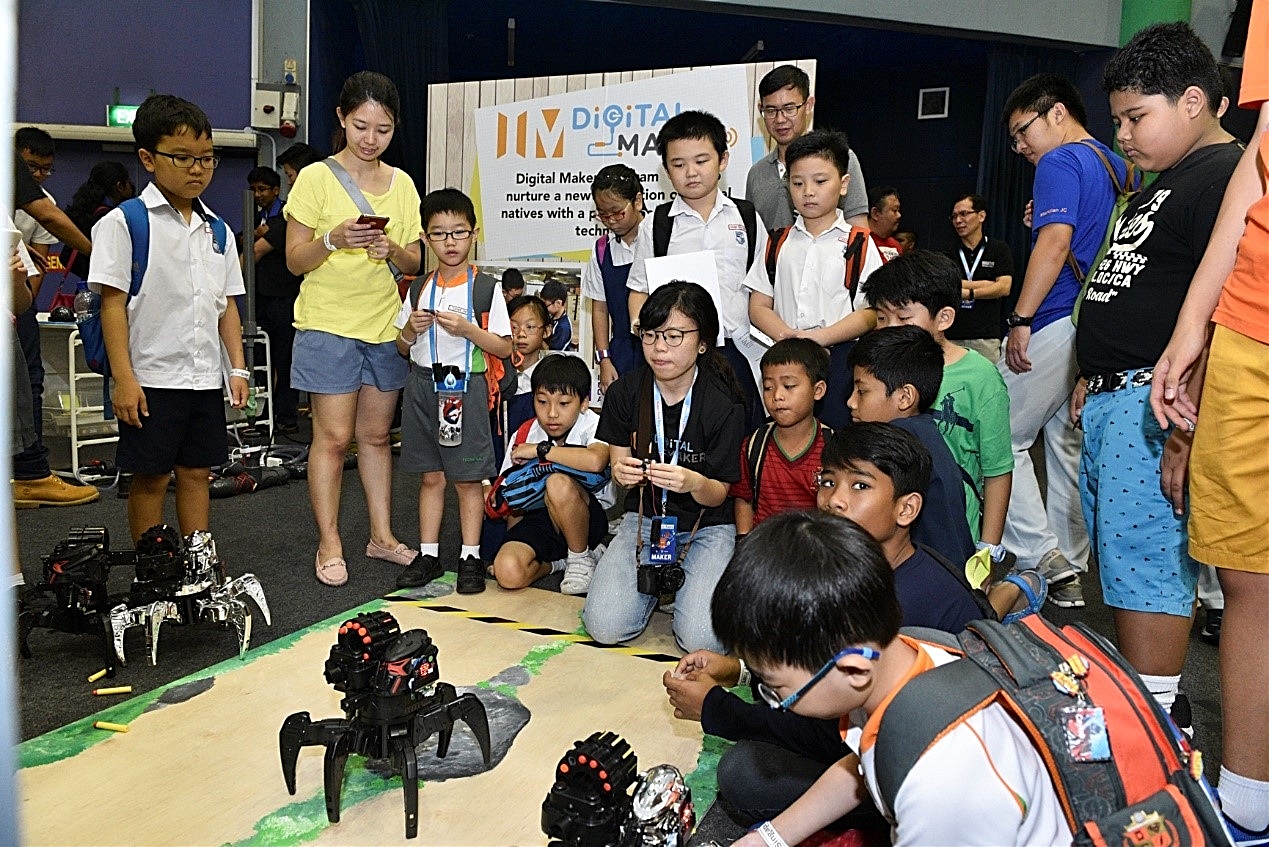 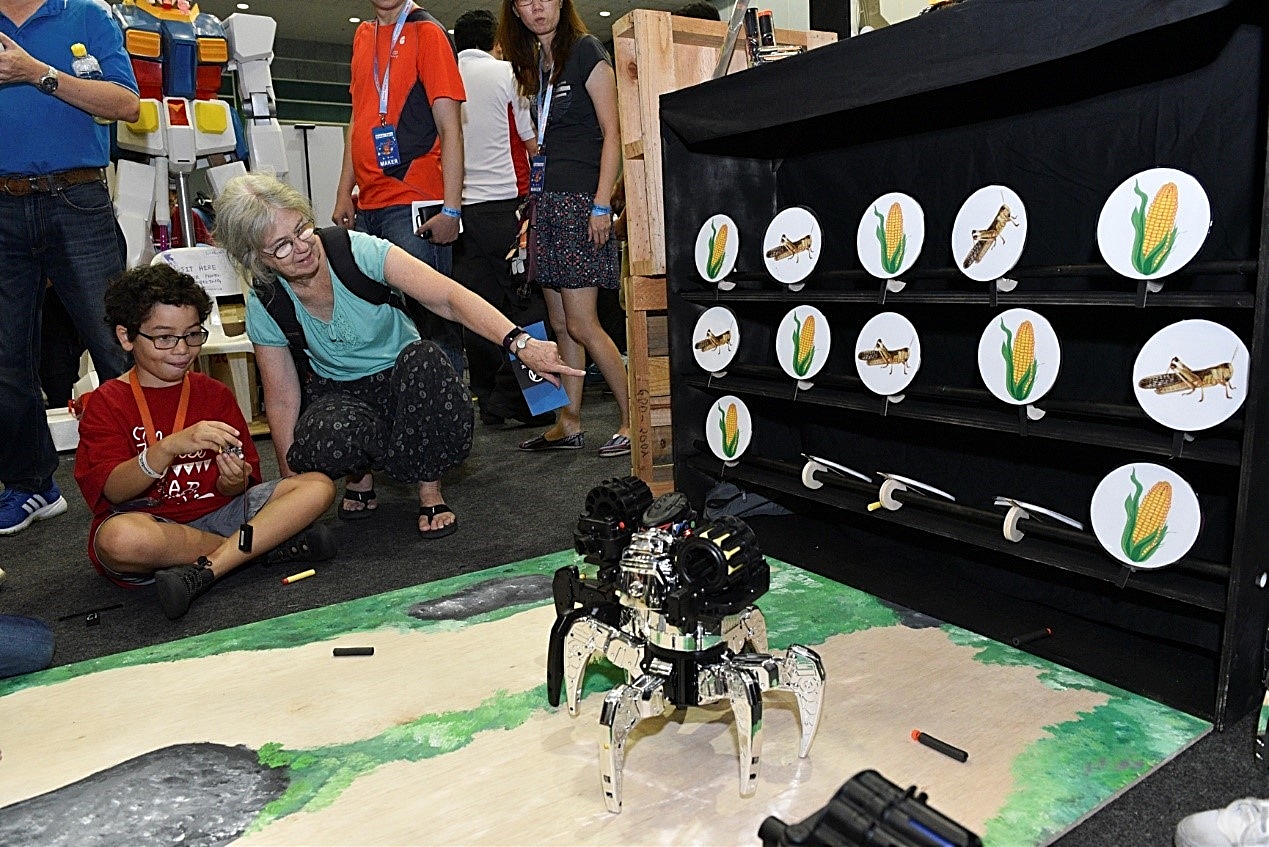 Catapult your angry bird!
Participants had fun competing to see who could catapult their angry bird the furthest. 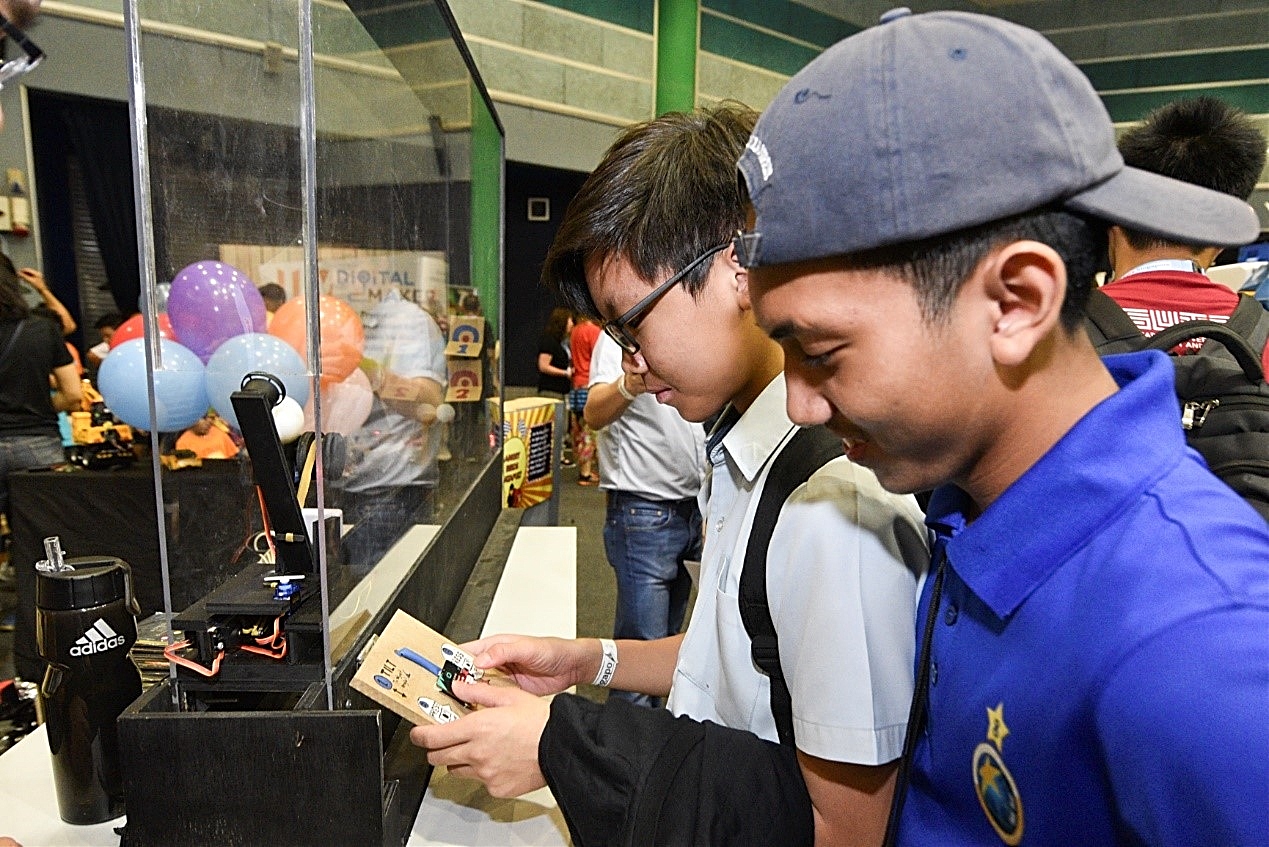 As part of Maker Faire Singapore, we conducted workshops on tea brewing and soil moisture reading to help participants appreciate the use of the micro:bit in their everyday lives.

Tea brewing workshop
Participants learnt how to bring tea-making down to a science. Using a micro:bit and some ingenuity, they programmed a tea brewer that could steep a tea bag and remove it at just the right time. That perfect cup of tea isn’t too far from anyone’s reach after all!

Soil moisture reading workshop
A vital ingredient for plants to grow is water but it can be difficult to control how much of it a plant gets. Using a micro:bit and some sensors, participants learnt how they could measure the soil moisture levels more accurately to allow their plant to get the water it requires.